Let us take a trip down memory lane.  Consider yourself a peasant in 1300 Britain.  To make a living, your service to the outside world is farming.  Further suppose that you have no money.  Nothing at all.  Further suppose that your fellow peasants are not helpful in acquiring some equipment needed for farming.  Now, suppose you need a loan for an ox (ignoring the fact that peasants never really had loans).  Would you pay interest on that ox loan?  If the church had any say, the answer would be no.  In many early Christian societies, loaning out money with interest attached, commonly known as usury, was unethical.  If you follow interest rates, it may appear that the world is heading that way now.  What does the amazingly disappearing interest rates mean for inflation – and gold by connection?

Central Banks and Their Interest Rates 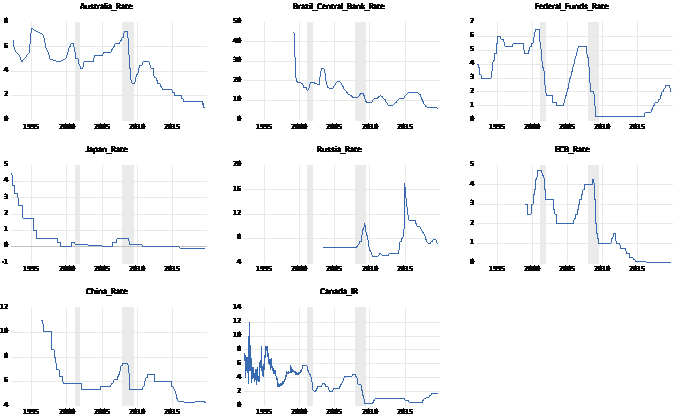 Thinking About What Is Going On

What is really going on here?

The simple answer, at least on the surface, is that central banks are nervous, very nervous, about the state of the global economy.  Because of this, they want to encourage banks to lend and consumers to buy things.  But there is little to no evidence that the low rates are boosting economic growth.  Instead, the effect seems to be showing up in inflated stock prices and high central bank balance sheets.

At some point, the historically low interest rates will lead to higher inflation and by extension, higher prices for precious metals.