A Hobbling from Inflation is Coming

The global economy is in one of the most dangerous places it has ever been. Using data from Oxford economics, across all reported countries, on average, the number of unemployed individuals is up 67%. That figure is only 21% in the Eurozone, while up 256% in the U.S. The second quarter of 2020 is a quarter to remember and learn from. 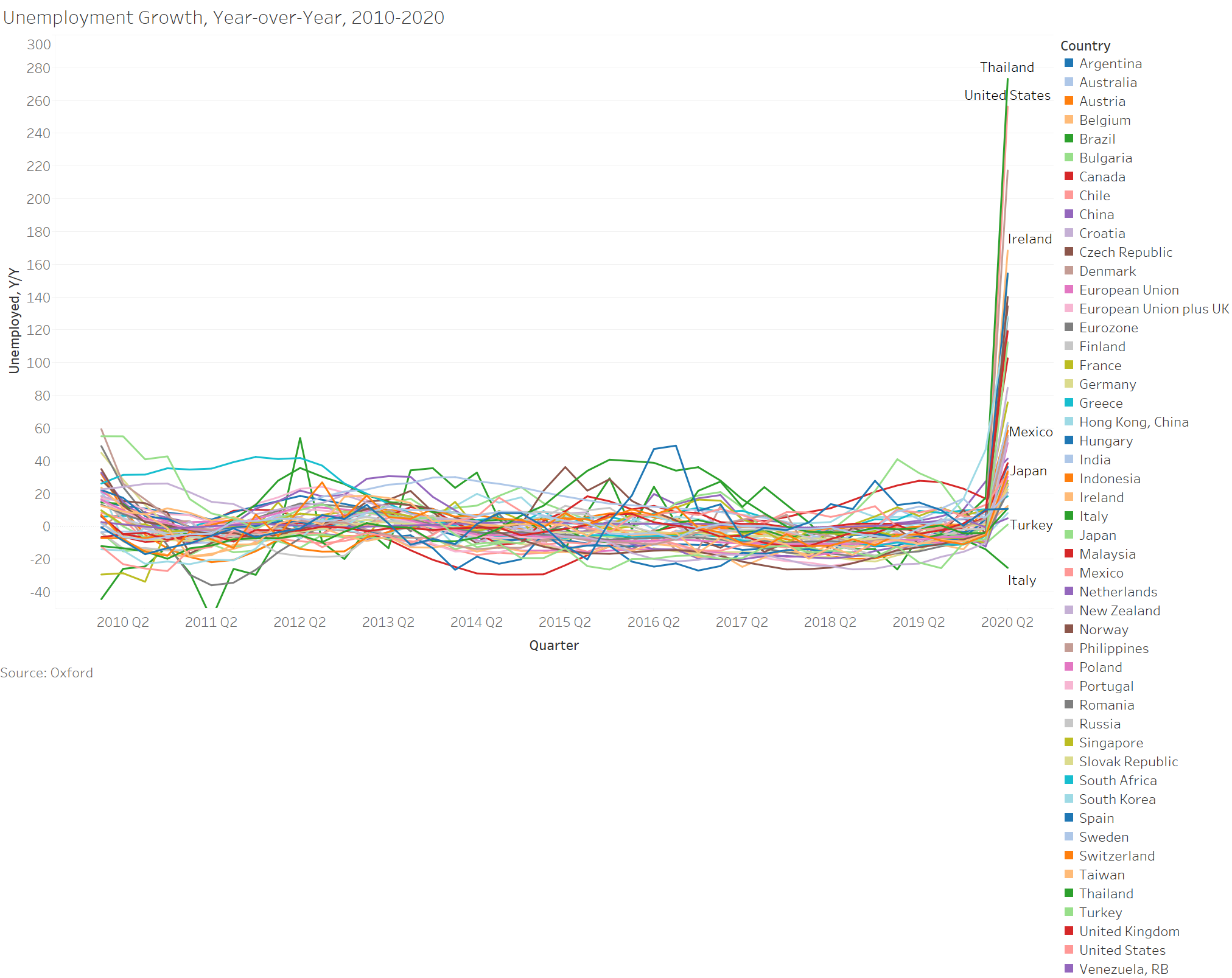 The economic problems are everywhere. In the past, economies would move in different directions at different times, providing some measure of diversity in the event of adverse problems occurring. This time around, diversity is non-existent, as the following graph clearly shows. 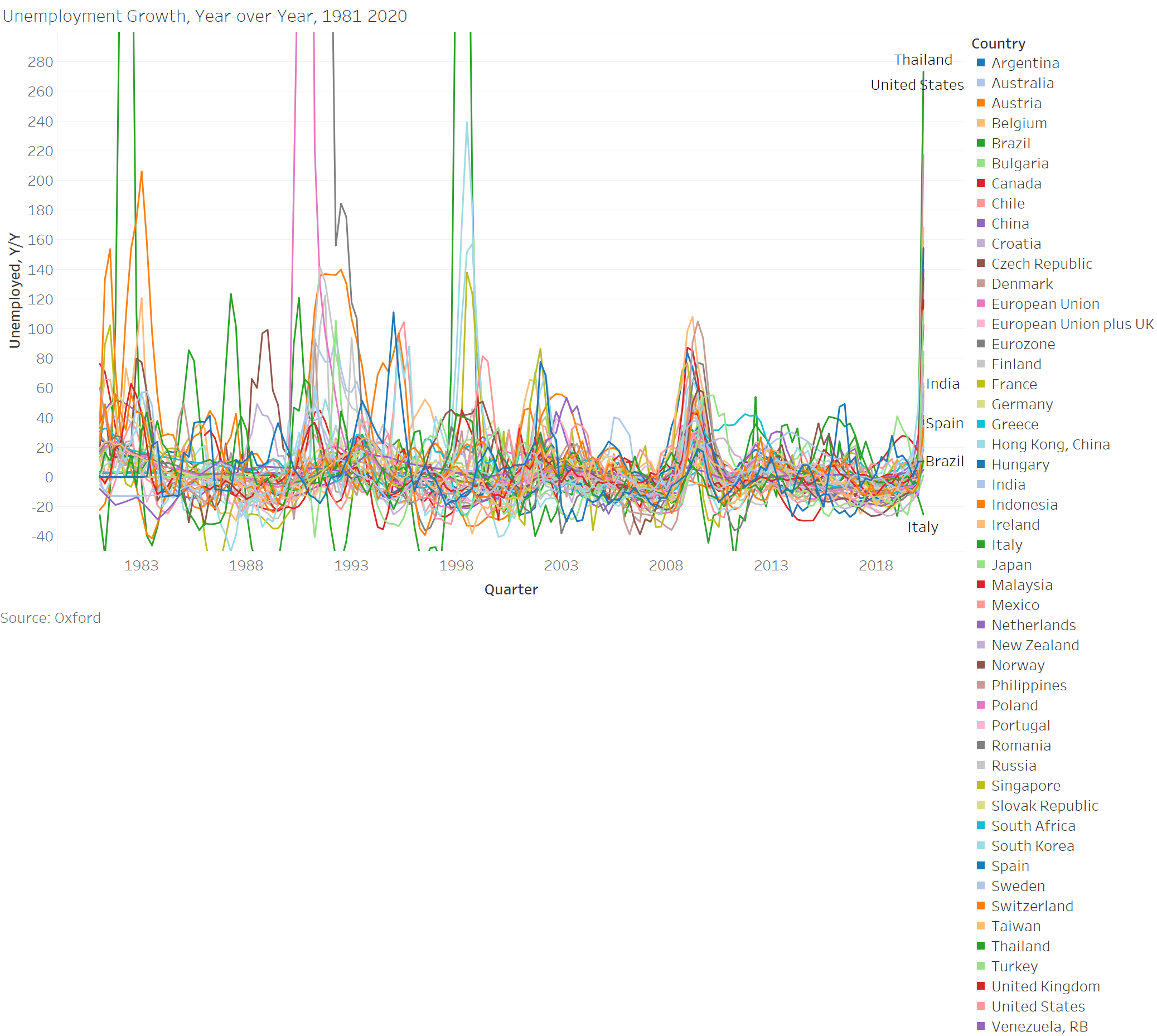 Some forecasters have the economy back to 2020 levels in 2024

The sour economy is not lost on investors. Rather than being incredibly concerned, investors seem more interested in the massive fiscal and monetary stimulus to keep things together.

In looking at forecasts produced by Oxford’s economics team, the analysts expect the jobs market to get back to where it was in 2020 by around 2024. That is surprisingly later than what the market thinks. 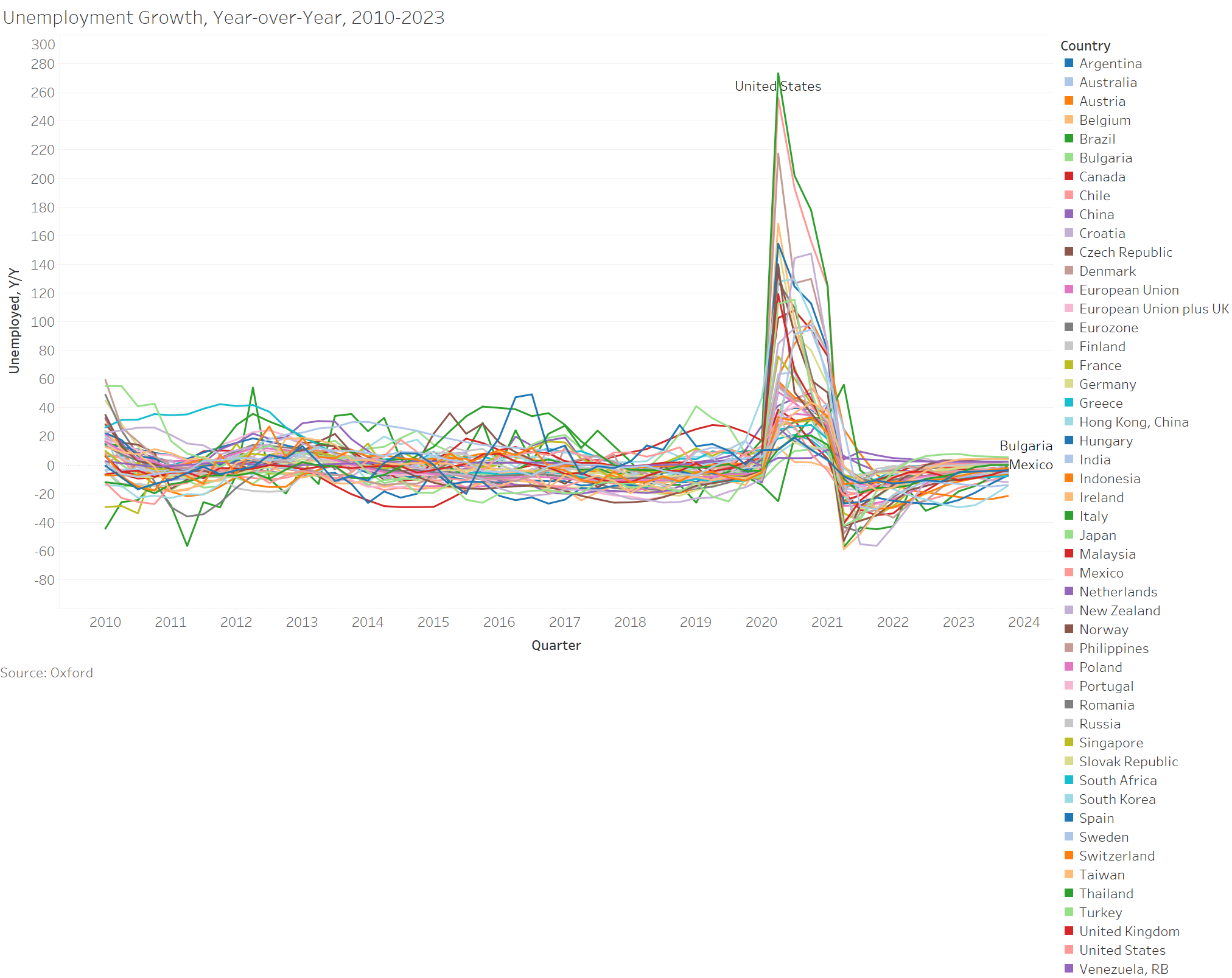 The backdrop of inflation

Given the terrible labour market conditions, it should likely come as no surprise that inflation around the world is virtually non-existent (sorry Venezuela). In almost every country, inflation is actually disinflation or real deflation. 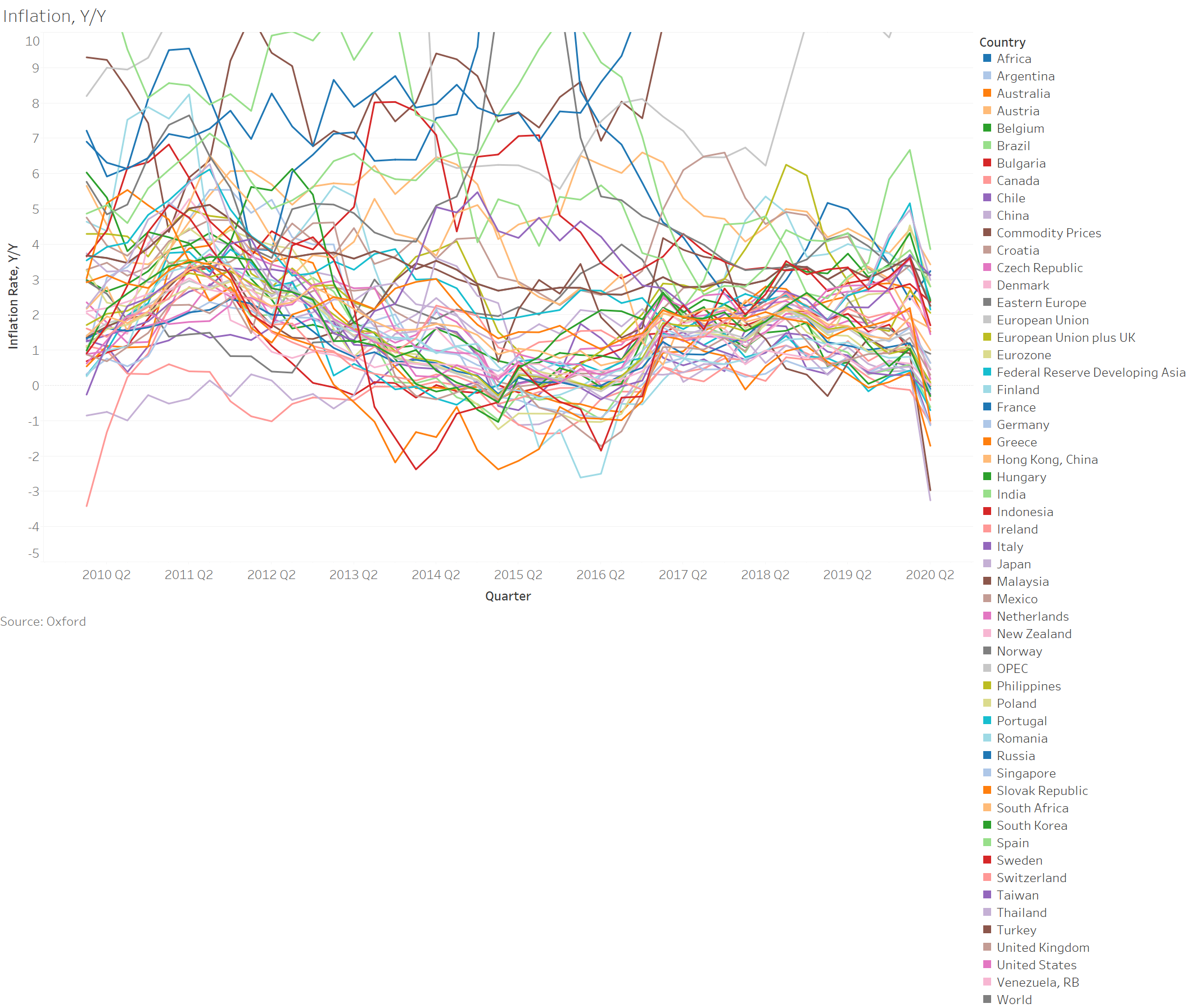 In total, global inflation is nearing its all-time low of 2.25% in the second quarter of 2020. The previous low that reached this low was in the third quarter of 2009, when low inflation and a bottoming of the global financial crisis led to the longest expansion on record. 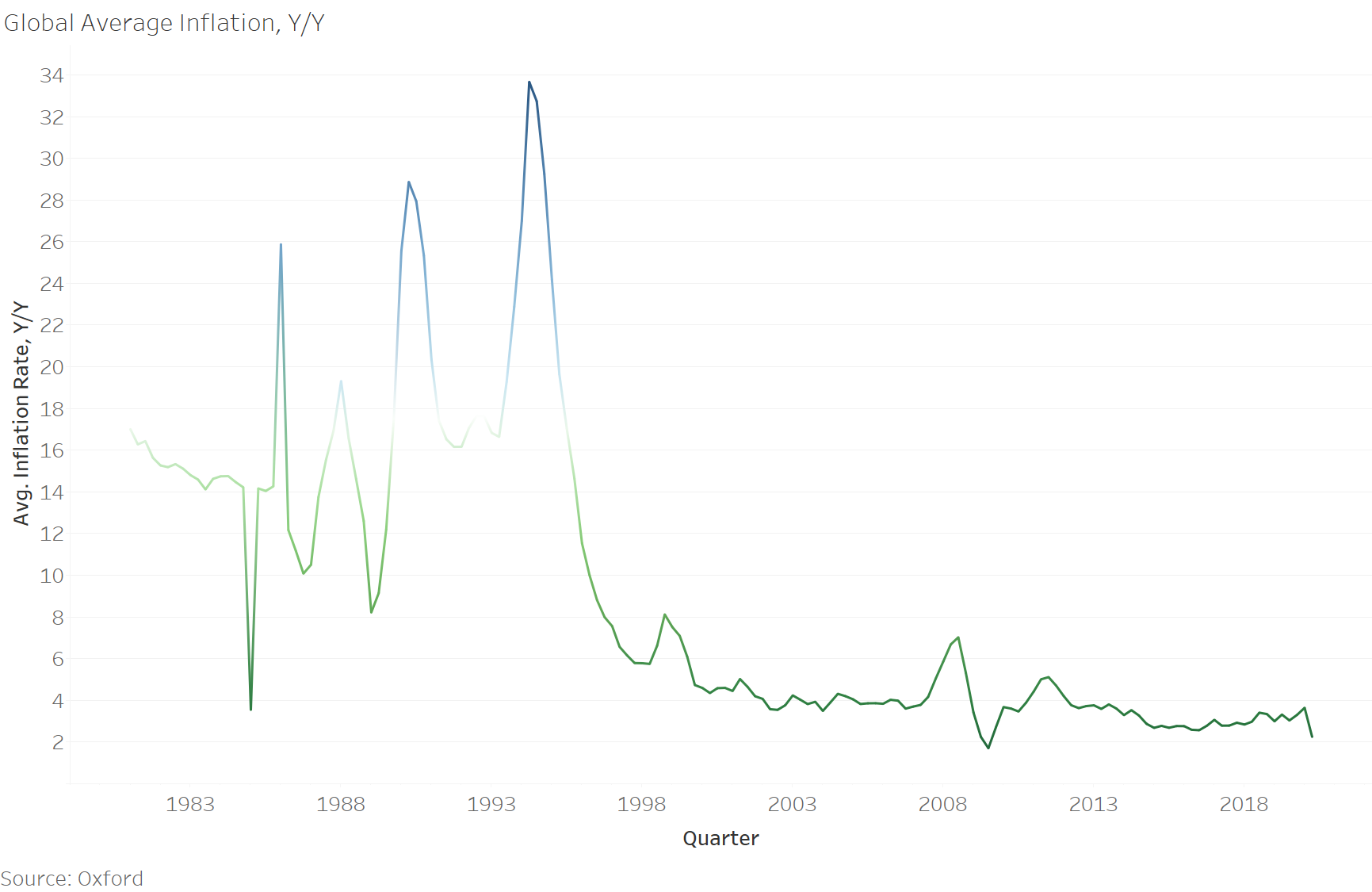 This combination could become a massive problem to untangle before inflation rises quickly.

This time is really different for two reasons. First, with global tensions regarding export jobs, supply chains could very likely get shorter. Second, the scale in which spending and money printing have grown may be too large to untangle with the political pressures from the jobs market.

The following three visuals show the situation. The first is interest rates. The world may never see “normal” interest rates again. Second, the awe-inspiring expansion in central bank balance sheets may never come down again. Third, there will likely be too much political pressure for government spending to slow down too much.

Putting these three pictures together paints a picture of incredible fragility on the inflation front. 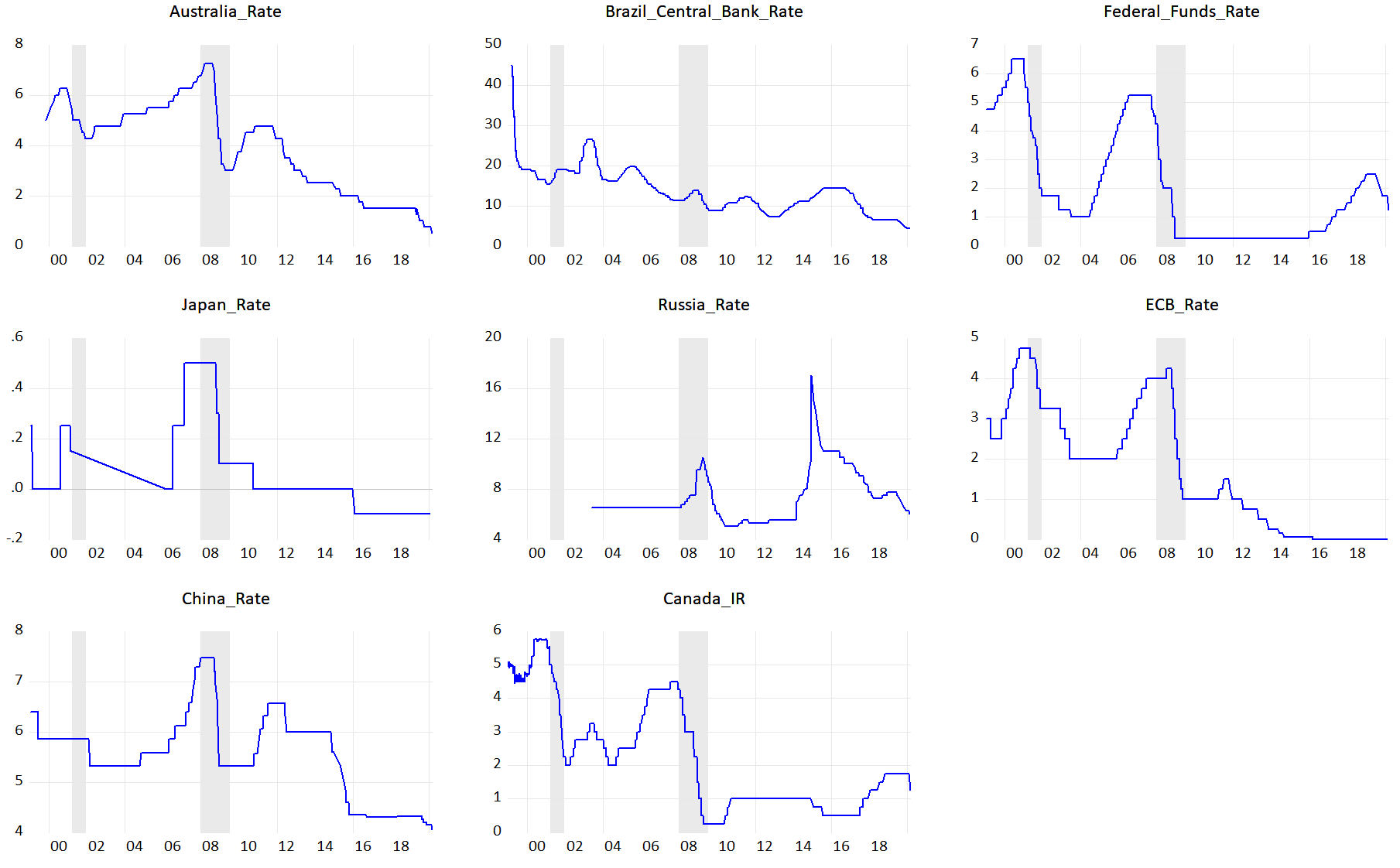 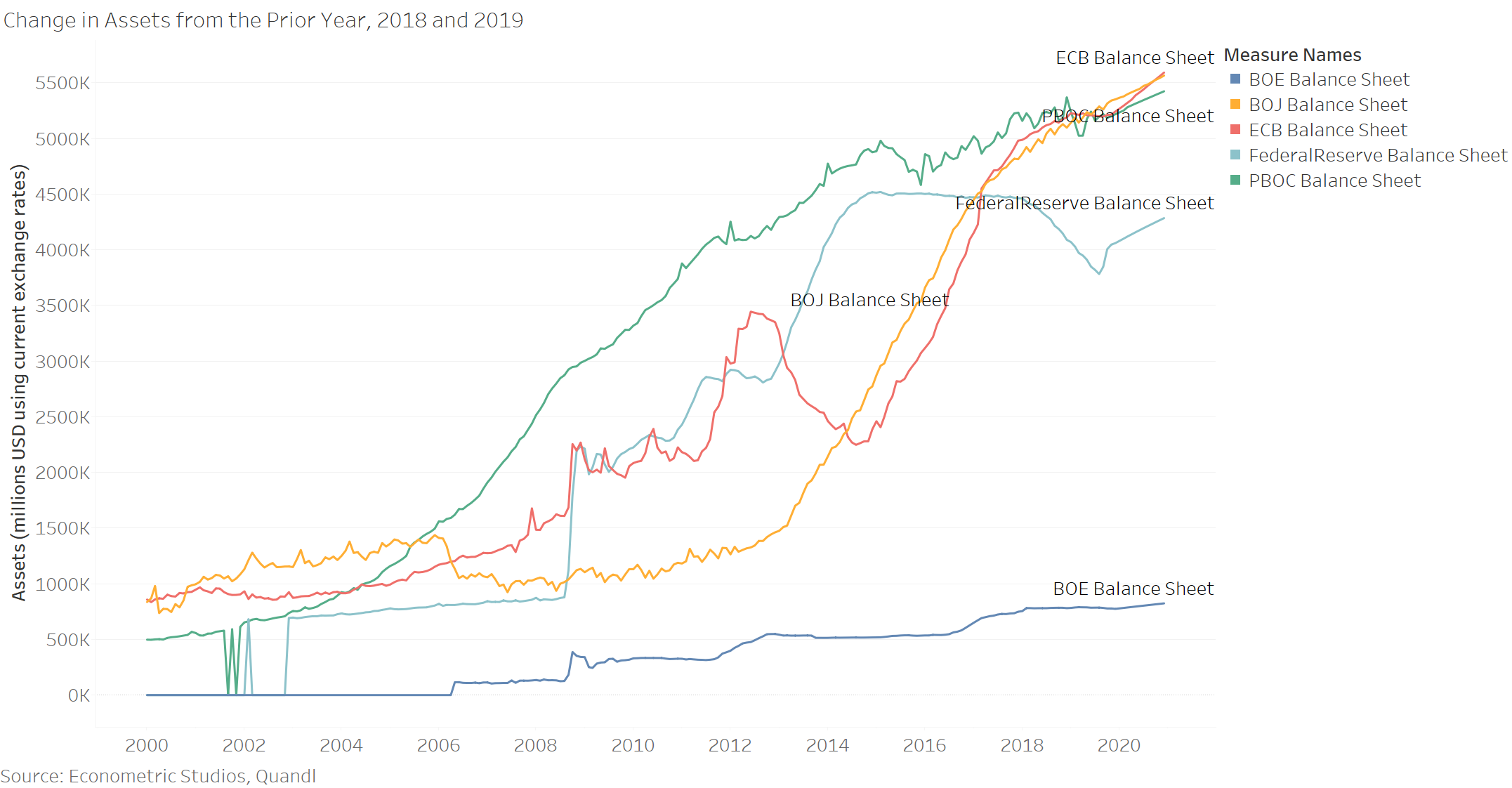 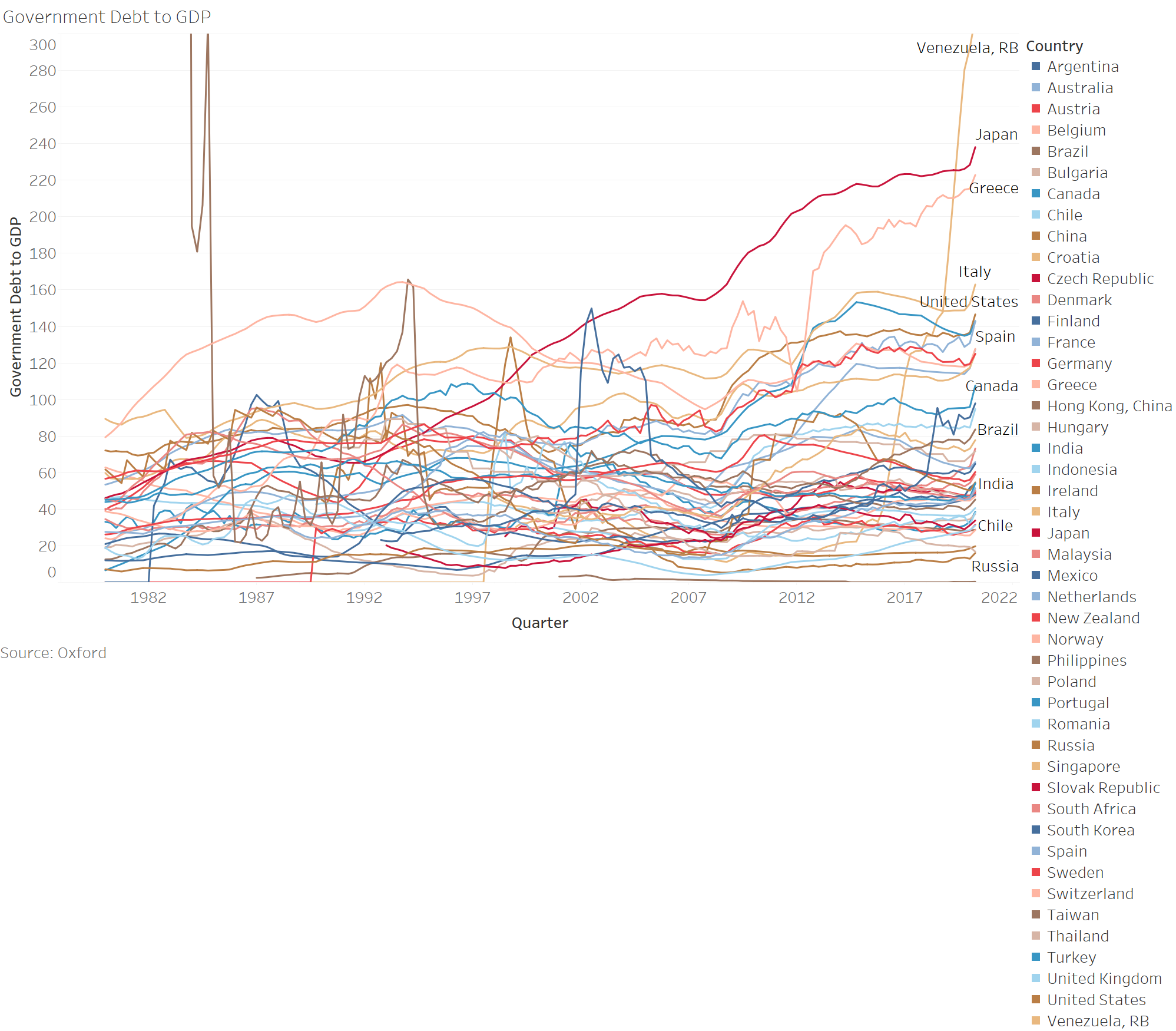